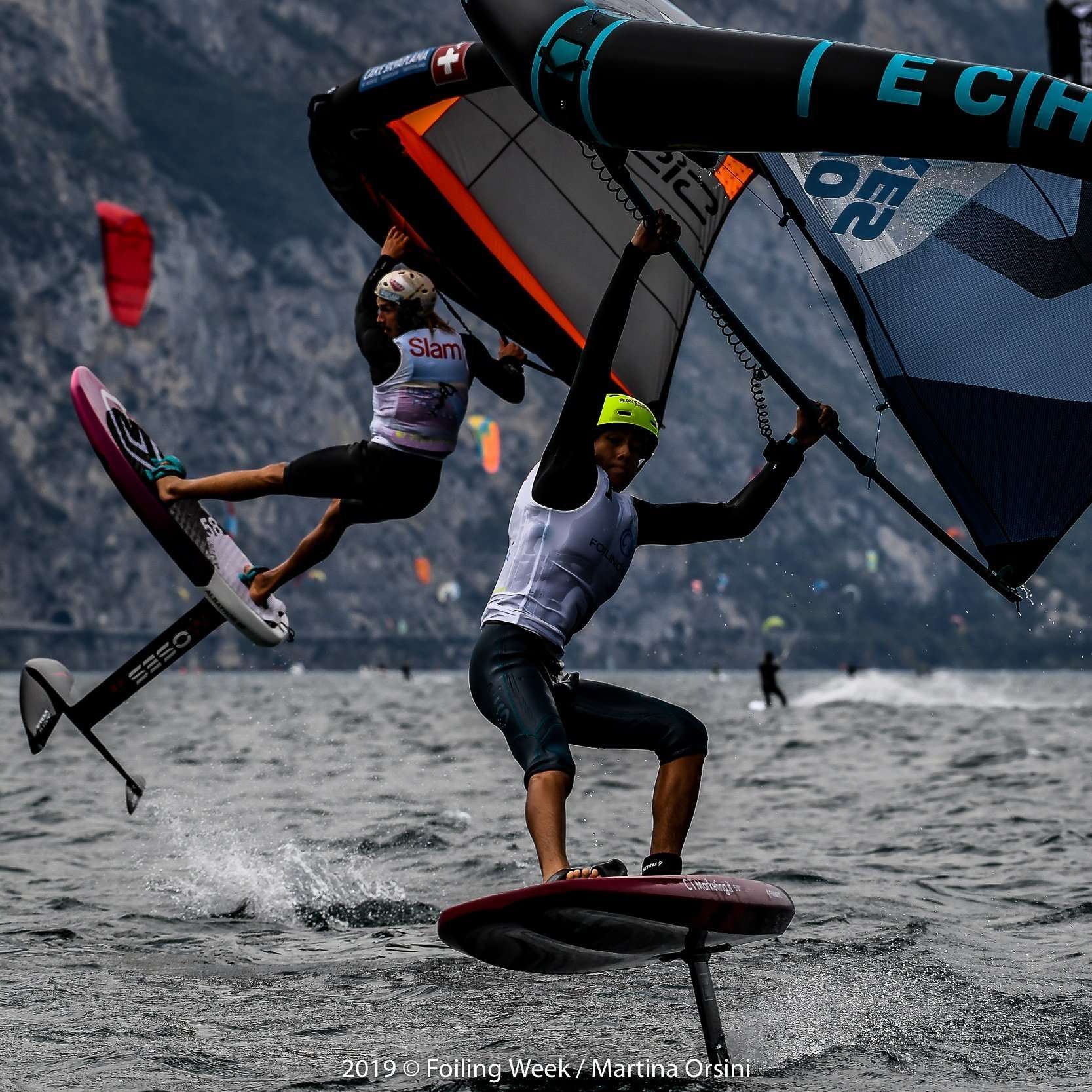 Lots of fun in the water during this season, big show for the visitors and new young talent champion for the 2020. Looking forward for the next Wing Foil Tour International 2021…What’s more?

Riccardo, thanks to his talent, managed to win the Cecina Mare event and won a second position behind the phenomenal Balz Muller (Moses Hydrofoil / Ensis / MB Boards) during the appointment of Foiling Week on Garda Lake.

The cancellation of the final event in Porto Pollo has been a real pity, because the challenge between all top riders was starting to become serious: unfortunately the worsening of the COVID-19 sanitary emergency has obliged the athletes to stay out of the water.

After several fights, in second position arrive Paolo Migliorini (RRD), while in third position Balz Muller (MB Boards/Moses Hydrofoil/Ensis), thanks to the score of the fabulous performance on Garda Lake.

To underline that the forth position was gained by the indestructible Roberto Ricci (RRD), who showed all his experience.

In overall freestyle ranking, the winner is Balz Muller, followed by Paolo Migliorini and Ricardo Zorzi.

Special thanks to Moses Hydrofoil for his support.

Are you ready for Wing Foil Tour International 2021?